Martin Guitars: A Look at One of the Best Guitar Brands on the Planet 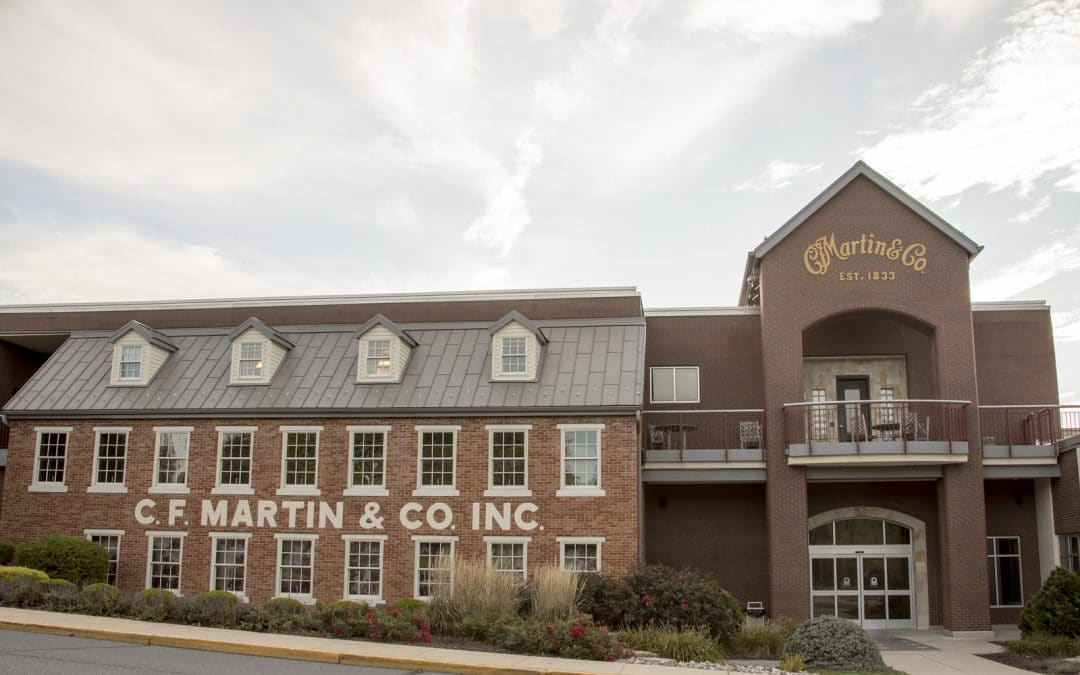 Martin & Co. have been making high-quality guitars for 185 years. So you can imagine by this point, they have the craft nailed down.

In 2017, Musicradar dubbed the Martin 000-17 one of the best high-end acoustic guitars in the world. The guitar proves to create an excellent tonal spectrum. On top of that, the model looks and sounds great.

Seeing as the guitar goes for over two-grand, we’d hope it’s considered one of the best! 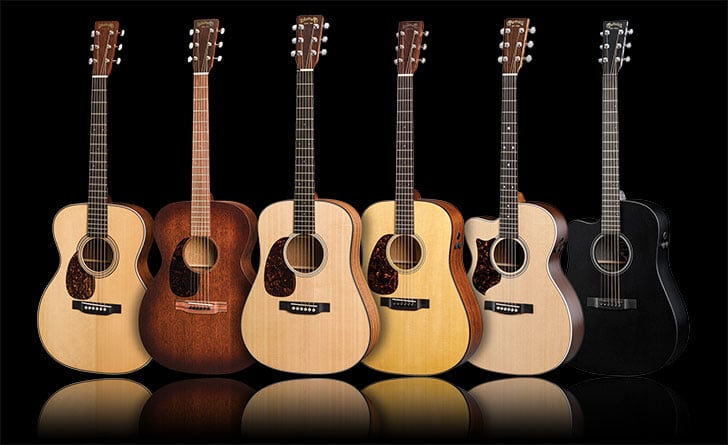 C.F. Martin & Company was established as an American guitar manufacturer by Christian Frederick Martin in 1833.

The founder, C.F. Martin was born in Germany from a long line of cabinet makers and woodworkers. His father also built guitars.

After being apprenticed by a well-known guitar maker, Martin opened his own guitar-making shop.

Along with guitars, Martin also tried his hand at many other forms of string instruments such as ukuleles, tiples and mandolins.

However, it was his craftsmanship of the Martin acoustic guitar that gained fame throughout the years.

Along with craftsmanship, Martin also showed great innovation by introducing features and techniques to the industry that have become standards: 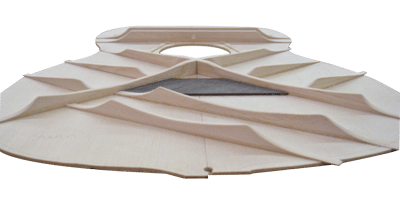 Guitar bracing refers to the internal wooden strut support system. This system not only supports the guitar, but it reinforces the soundboard to give it the proper structure. A guitar’s bracing also defines the overall tone of the instrument.

In the 1850’s, Martin decided to remove the select brace material, which showed to reduce brace mass. The result was an X-shaped brace pattern in the guitar — hence the name. This pattern allowed for a sturdier frame, allowing a smoother conversion to high tension steel strings.

Martin’s X-bracing technique is the most popular bracing pattern and is used in a lot of Martin’s guitars.

The 14-fret tenor neck was initially designed during the Great Depression to encourage banjo players looking for work opportunities, to begin playing guitar instead.

The 14-fret neck allowed easier ability to play higher notes. These guitars were designed to play with a pick, as a replacement of banjos.

The trend took off, and Martin ended up replacing all of his guitars with 14-fret necks. Today, you’ll find most guitar brands use 14-fret necks on their guitars as well.

When Martin released the “Dreadnought” guitar in the 1930’s, it wasn’t very popular. The reason being, it was much larger than most guitars in the industry at that time.

Dreadnought was named after the largest battleship of the time as it was seen as “big as a boat.”

The deep bass sound of the guitar was strange for listeners, as they were accustomed to the clear treble sounds of smaller-sized guitars.

However, once country music performers began using the Dreadnought in their music, audiences took an instant liking to it. 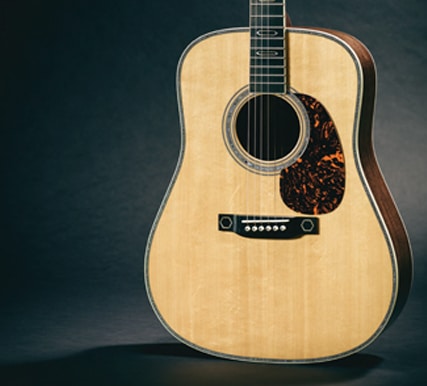 D-sized guitars are now considered the standard acoustic guitar and cherished by many musicians and music-lovers.

While there are an incredible amount of Martin guitar sizes to fit the needs of any guitar player and music style, Martin & Co. also include a range of various types of guitar:

During the 1960’s, Martin began manufacturing electric guitars with hollow-bodies. These guitars, however were not popular. Since then, Martin & Co. has decided to focus mainly on their wide-variety of acoustic guitars.

That being said, from 1985-1996, Martin produced the line, Stinger Guitars, which were solid body electric guitars made in Korea.

Besides guitars, Martin is also known for their high-quality acoustic strings.

With a long history of guitar craftsmanship and innovation, Martin guitars have made their way to musicians’ hearts and guitar collections. 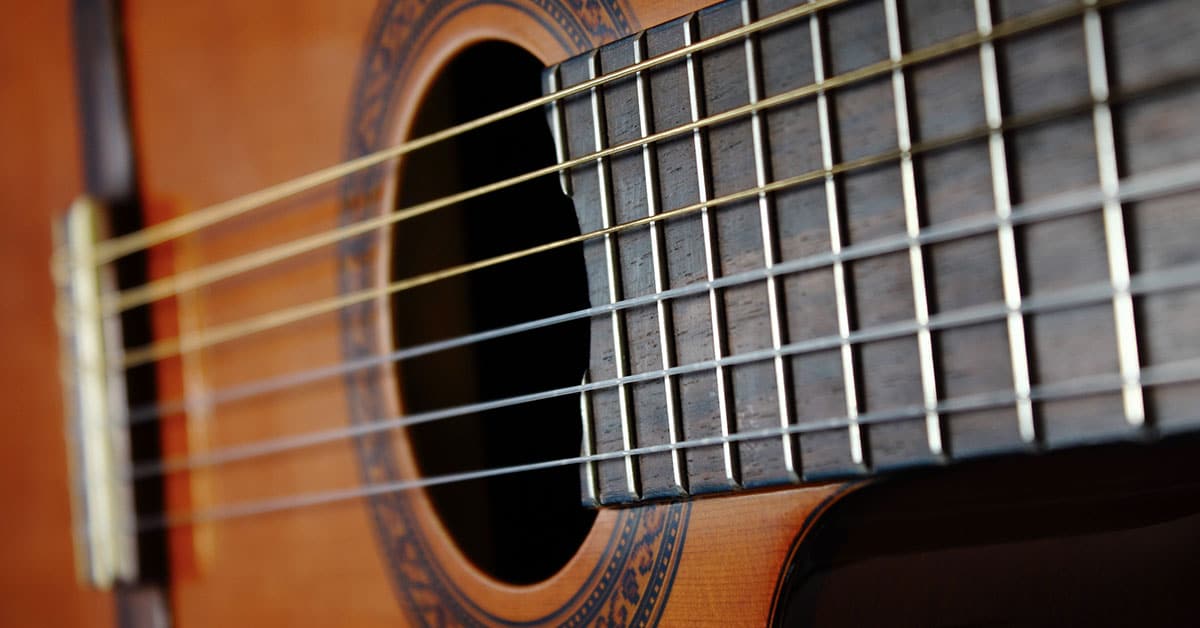 The list of famous musicians who have prefered Martin guitars over all others, is long.

However, there are some stories that particularly stand out.

Willie Nelson bought is first Martin Guitar, a N-20 nylon stringed classical guitar, named Trigger, in 1969. He came about purchasing Trigger after having a drunk man stand on his former guitar on stage one night.

After finding his Trigger, he said he had found something special.

For years, Willie played his Martin guitar, creating scratches and pick holes on the surface of it, making Trigger an instantly recognizable instrument.

Willie claims Trigger has the greatest tone he’s ever heard from a guitar and it’s provided the secret to his famous sound.

Know any other famous Martin guitar stories? Let us know!