Step-By-Step Guide On How to Make a Trap Beat 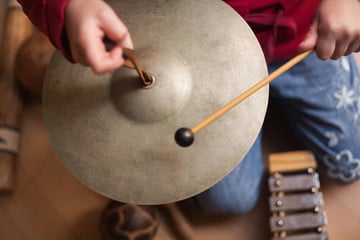 Rhythm is all around us – it’s an integral part of nature, so much so that the beat of a song can either hook the listener or repel them altogether. There are plenty of theories as to why a good beat is so appealing. Some claim it’s an attempt by humans to recapture the sensation of hearing their mother’s heartbeat in the womb. Others claim the human race’s tendency to favor familiarity means a steady beat is just more appearing then an arrhythmic series of sounds. Not all beats are created equal, however. Different speeds and different sounds are one thing, but some beats have taken on a style of their own and birthed a dedicated following. There are different ways on how to make a trap beat.

How Did the Trap Craze Begin? 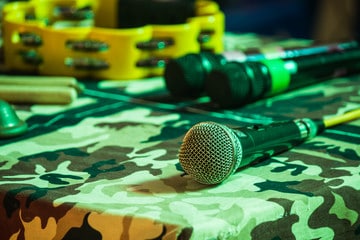 Beats are great for helping people stay engaged with music and making them want to move along with it. The 2013 sensation known as the Harlem Shake caught on so rapidly in large part because of the catchy beat. This was the first known case of a beat classified as “trap” to hit Number One on the US Billboard top 100 chart.

Now artists like Waka Flocka Flame, Young Geezy, Gucci Mane, and many others have integrated the distinct sounds of trap beats into their songs, resulting in an unmistakably catchy sound.

The Phenomenon of Trap Beats

Thus the phenomenon of trap beats was born – or strengthened, depending on how you look at it. Traces of trap beats have existed in music for years. As a combination of hip hop, techno/dub, and dance music, they appeal to a wide range of listeners and transcend the boundaries of most genres.

Looking to make your very own trap beat? Here’s a step-by-step guide on how to create something that keeps toes tapping and fills up the dance floor in a hurry!

Starting Out: Understanding the Fundamentals of Rhythm on How to Make A Trap Beat 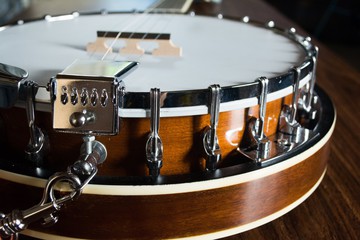 If you’re already looking at how to make a trap beat, chances are, you know a thing or two about rhythm. Still, it’s good to recap the fundamentals just to be safe and to add clarity to the instructions that follow.

Let’s start out with the difference between “a beat” and “the beat.”

Fundamentals of Rhythm for the Drummer
Buy on Amazon

The Beat or A Beat

In comparison to “the beat,” “a beat” is a rhythmic section of a song or track. Back to the pulse of a living being, these individual parts of the larger beat can be viewed as individual units of time. Certain actions can be done within the span of a single beat, meaning they can be viewed as rhythmic markings.

Getting The Right Idea

Learning how to make a trap beat involves getting the right idea about the type of tempo you’d like. While it is possible to produce the same beat at an infinite number of tempos, having the beat come at the right speed makes it easier for listeners to become engaged. Finding the perfect tempo can also give a piece of music a different quality, making it important to get down this part of the process.

But beyond the fundamentals of producing rhythmic beats in general, what goes into making a trap beat? How can you know what sounds to go for to capture the essence of trap? 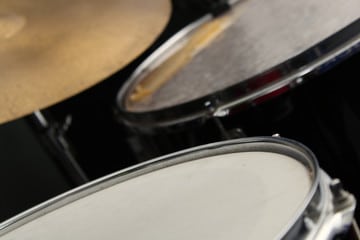 Trap beats are well known for using certain sounds over others. 808 drums remain one of the go-to sources for musicians looking to master the genre. There are plenty of virtual instrument kits that offer a wide selection of 808 drums which usually include all the common sounds trap beats feature. These include punchy snares, low-pitched synth kicks, and crisp cymbals with low sustain.

How can you create these tones if you don’t have them preloaded?

Using some basic effects found in most digital audio workstations, you can tweak stock drums and give them more of the feel you need. Beginning with the snare, sometimes you could add a booster or even a carefully dialed-in distortion effect to really help the sound cut through the mix and resonate with the listener.

Don’t go too crazy with the boosting though, as clipping could soon follow.

Low-pitched synth kicks can be achieved by using an octave or pitch shift effect. Just make sure to turn down the original signal and keep the lowered one as the sole signal left active – as long as that’s what you’re going for.

If you’re looking to create an interesting doubled sound with your kick, experiment with these levels a bit.

To get crisp cymbals that deliver a distinct punch without the long sustain, use compressors, and noise suppression effects. Pack the sound down by adjusting the threshold, then turn up the noise cancellation effect to silence the sustaining high ends. The result is a sound with the quality of a cymbal but the consistency of a snare – quick, impactful, and crisp.

You can also mix in various synth sounds like strings, keys, and more to add an original touch to your beat.

Knowing the strategies for how to make a trap beat from the composition perspective is very important for putting your virtual sounds to good use.

Putting it Together: A Basic Guide to Composing Trap Beats 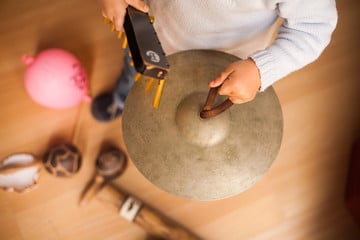 When you’re making a trap beat, the first thing you want to think about is how to get a simple but consistent sound in a set pattern.

If you’re working with a tempo of 90 beats per minute and have your quantizing set up so a quarter note gets the beat, you could start out with a series of quarter notes all using a punchy snare as the instrument of choice.

Then bring in cymbals. Since they’ll be set up to have little sustain, you could use straight sixteenth notes on the cymbal track or get a little creative, mixing together eighths and sixteenths for a more intriguing sound.

As the track goes on past the intro and moves into the verse or chorus. You should alternate your snare with something else. The go-to option here is a kick drum, whether a natural-sounding one or a low-octave synth kick.

You can also mix in things like keys and melodic synths here to give your beat a little more tonality.

If you choose to add in chords and pitch-based instruments. Try to think of them in the style of a beat rather than a melodic line. Or in other words, think of the constant and consistent hit of a snare drum in a typical beat intro.

That 1-2-3-4 count that repeats itself in a standard quadruple meter can also work. If you bring in chords or melodic lines in the place of the snare.

How to Make a Trap Beat Without a MIDI Keyboard 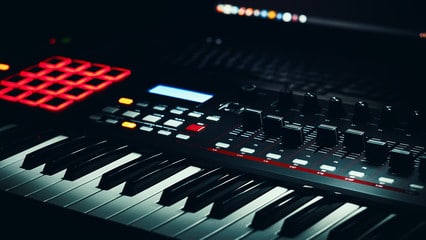 When a person makes a beat, it’s much easier to do so with a MIDI keyboard. It’s also easier and quicker to play chords this way. And to experiment with different sounds without having to erase and rerecord.

However, it is possible to make a trap beat without a MIDI keyboard. If this is the case, the copy and paste functions will be your best friend.

When you’re composing the “hard way” by writing out the notes within your DAW manually. It’s a good idea to map out your song regarding the sections first. Choose how long you want your intro to be, then arrange your verses, choruses, and bridge accordingly. Once you get a good idea, you can copy and paste it. As many times as you need while tweaking it when necessary. 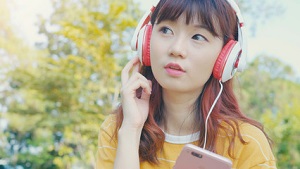 The best way to tell if a beat is by listening back to it once it’s finished. As much as music theory, production knowledge, and trap insight matter during the creation process. You’ll do well to remember one fundamental rule of audio creation – if it sounds good, it is good.

Sure, some producers and musicians have a better ear than others. For this reason, it can be good to listen to certain sections. To ensure the right feel and that there are no audio issues that need resolving.

By understanding rhythmic fundamentals, common sound choices, and basic composition practices. Anyone can make a trap beat that gets the crowd engaged and wanted more.