FOH Engineer: The Brains Behind a Successful Concert 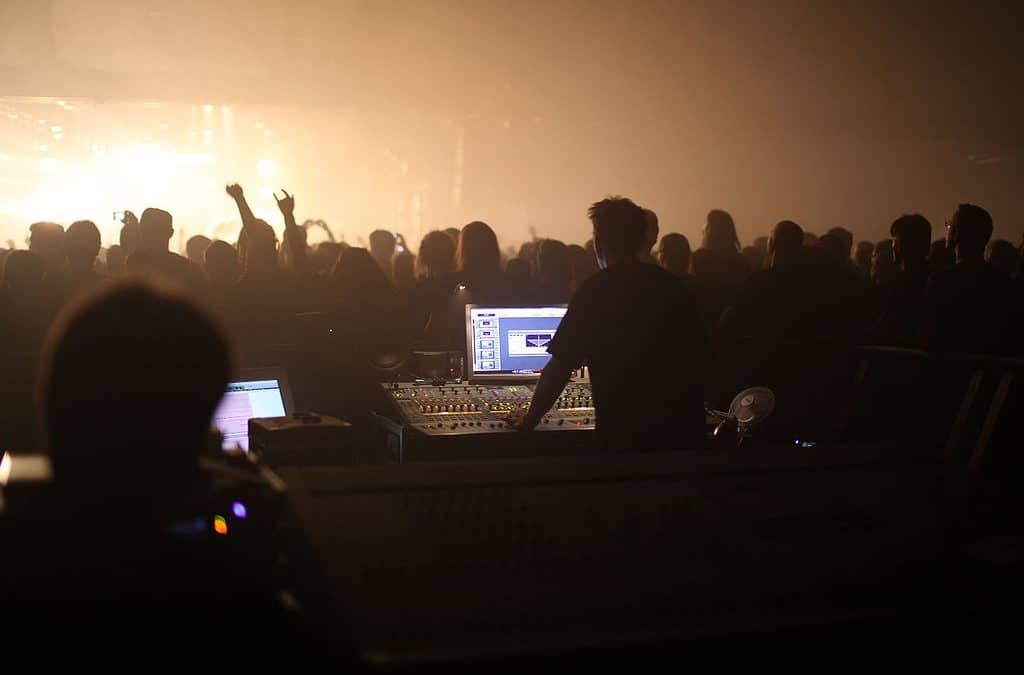 FOH is an abbreviation for Front of House, and an FOH engineer is the mind behind an engaging live music concert, regardless of the genre of music played. Not only that, the FOH engineer is a coordinator, manager, and sound alchemist who is responsible for the perfect concert experience.

Most people have been to a concert and enjoyed live music. However, most of them always credit the band, the DJ, or other artists that perform in front of them. But it’s not just the performers creating an unforgettable event. The FOH engineer performs his duty using the given equipment from within the audience. That gives them the same perspective as the crowd, delivering the best sound to the fans.

What Does FOH Mean?

The Role of an Audio Engineer 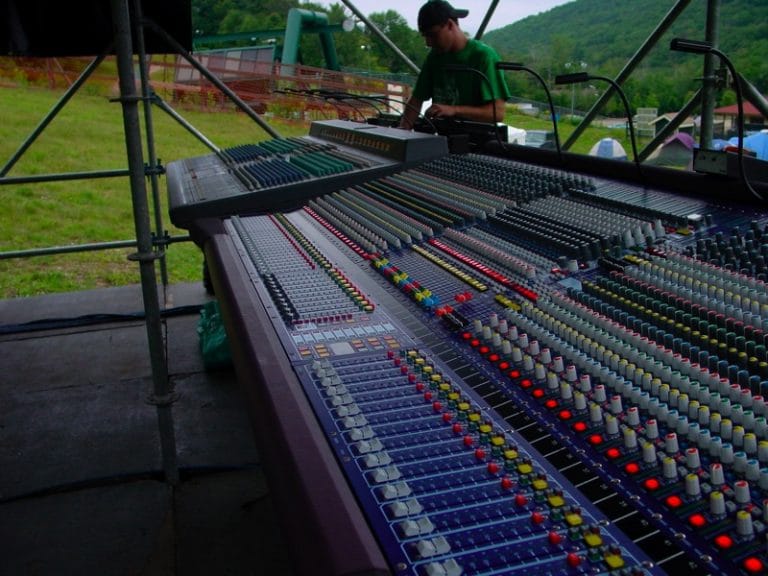 The audio engineer’s key role is mixing the music produced live into something so magical that it leaves the audience mesmerized. With this being said, the job is quite challenging and requires plenty of skills.

The basic duty of the audio engineer is producing a mix that keeps the audience engaged and entertained. Every instrument, artist, and singer uses a different microphone during the concert. However, how these sounds are mixed depends on the audio engineer. The audio engineer adjusts the intensity of each of these microphones and mixes the vocals with the sound of the instruments. It is also the engineer’s job to add effects to the music producing the mix that is then amplified through the speakers and played for the audience. The effects include adjusting the timber, bass, and other audio dynamics.

The audio engineer generally gives recommendations on the types of microphones used for vocals and each instrument for the event. Additionally, he also supervises the setup of speakers and his equipment before the start of the concert.

The freedom of mixing the music given to an audio engineer depends on the artist or band performing. Some artists clearly define what they want the mix to be like while others leave it to the engineers.

Adjusting to the concert space 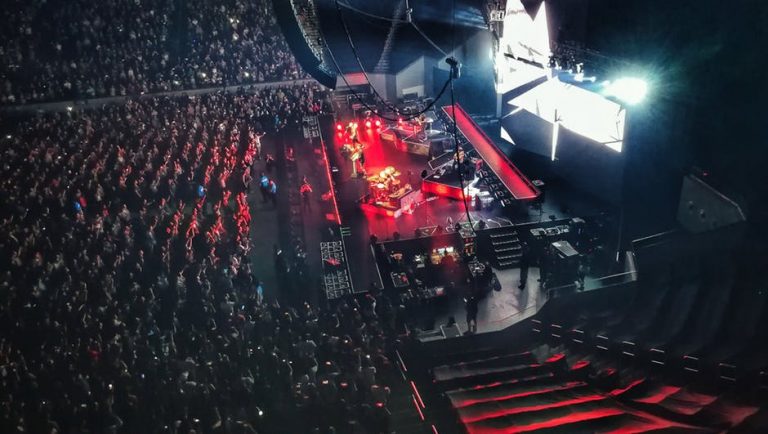 To put it in simple terms, each room reverberates and reflects sound in a different way than others. So, it is the duty of the audio engineer to produce a mix with the intensity that best suits the space. In addition, the room or stadium sounds different when empty and when full of people. The audio engineer is in charge of producing the best mix in order to enthrall the audience.

Memorizing parts of the performance

Every artist, band, and DJ are known for one of their memorable productions. And certain songs never lose their charm; they light the performance on fire when played with a twist during a live concert. The audio engineer has to ensure that these parts are highlighted to create those magical moments that the audience expects.

At times, an engineer can overly emphasize and highlight the voice of a particular microphone. This could lead to a disaster, drowning the sound of all the other instruments being used. The audio engineer needs to be careful and use the equipment in synchronization.

Using the crowd for feedback

Connecting with the team 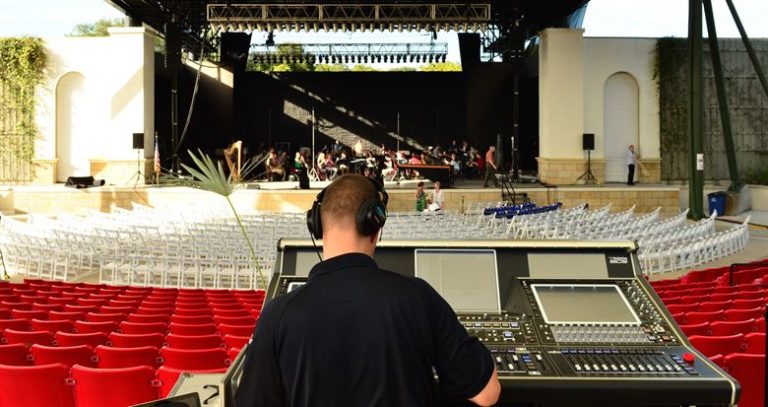 In order for the concert to make headlines, the audio engineer needs to make sure he creates rapport with the team. The FOH engineer must consult and discuss his views with the artists and the band. Most importantly, the FOH engineer should actively participate in setting up his equipment and the placement of speakers, amps, and monitors before the event. 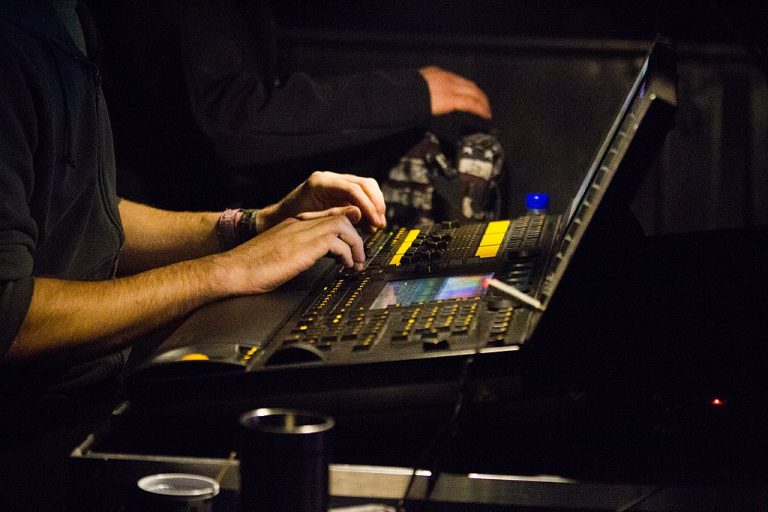 Image: CC by A 4.0, by Leonhard Kreissig, via Wikimedia Commons

Mixing live music is considered both art and science. The art lies in recognizing and creating a perfect blend of instruments and vocals. Additionally, it requires creativity to mix music and produce magical moments during the concert.

The science lies in identifying the frequencies, notes, and techniques that amplify and create the best effects. The engineer should understand the characteristic sound any particular instrument produces. This enables him to create a perfect blend of instruments and vocals.

The audio engineer should also be an expert at operate mixing consoles and other related equipment. The engineer is further expected to be a good leader and communicator. These skills help the audio engineer manage the team and create a clear picture of expectations. In this way, the whole team, including the artists, work as a single smooth-functioning machine and create beautiful music and moments. 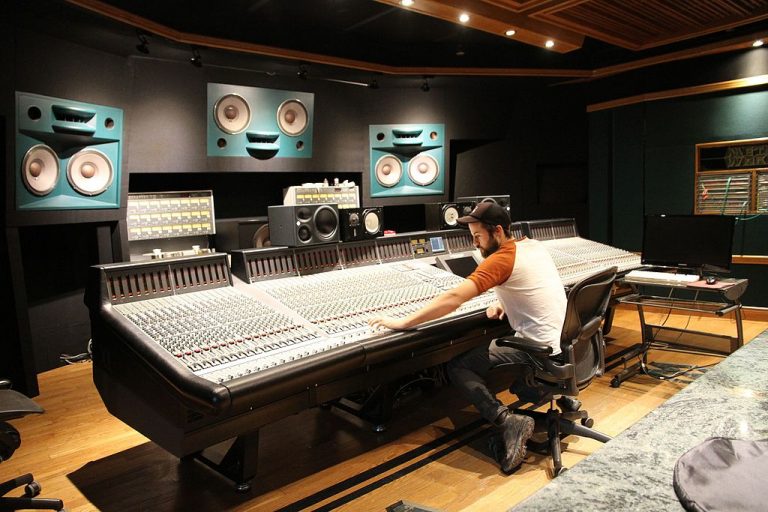 Image: CC by ASA-4.0, by MetalWorksInstitute, via Wikimedia Commons

Both jobs come with specific challenges. An FOH engineer has to travel places and anticipate the acoustical variances at different places in order to produce the best effect. On the other hand, a studio engineer works in the same studio every day with the same acoustics.

Perks of Being an FOH Engineer

Perks of being an Industrial Engineer: Embedding a mark on earth crust
Buy on Amazon

If someone decides to take up Front of House engineering, they need to be ready to face the challenges that come with it. From managing a huge team to coordinating with artists, the audio engineer has to do it all. However, there are a lot of perks that make this career prospect lucrative and one to fall for.

The salary for an average or entry-level FOH engineer is far greater than what other professions have to offer. According to statistics, a newcomer in the live music mixing industry receives a salary in the range of $30,000 to $50,000 a year. On the other hand, the live music industry offers salaries over $80,000 to experienced individuals.

If you love music, and your passion lies in creating the best of it, then this is the job you are looking for. In this profession, a person gets to interact with creative artists, bands, and production houses around the world. This helps them gain a better knowledge of music while learning to connect with the crowds. Moreover, the engineer finds himself in a sea of opportunities with the profession opening up gates to work at TV and radio stations or even working on the background score of a film

Living out of a suitcase

If you like traveling and exploring new places and are looking for a career that offers the flexibility to do so, then this is it. As an audio engineer, you get a chance to travel around the world with the team. While on tour, the FOH engineer can surely steal some alone time and explore new places while earning handsomely.