Fanburst: A New Platform That Every Aspiring Musician Should Check Out

Fanburst seems to be an innovate platform that is turning some heads in the music industry with its innovative selection of features, artist-favoring disposition, and personable approach similar to social media.

As many streaming services had made their venture onto familiar turf, will Fanburst be a viable competitor (and replacement for one of the biggest platforms already around)?

The Legacy of Soundcloud 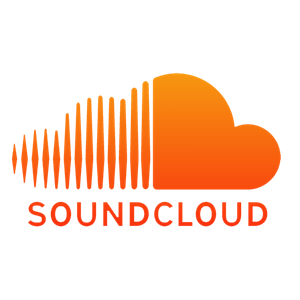 Even with a sizable bailout that SoundCloud had, the potential of solvency, in the long run, remains a subject of speculation among industry insiders.

SoundCloud is still an unquestionably vital entity, and after upping the ante on analytics as well as portable private streaming, it seems that they are consistently moving ahead in the struggle for longevity.

While a number of big companies battle for their share of the market in music – those such as Apple, Spotify,

Google and much more – SoundCloud also strive to retain their edge, despite the difficult situation they find themselves in.

This struggle also goes the same for the artists too, especially those aiming to create a market and also be discovered.

Clearly, Soundcloud has permitted artists across the map to do so far – exactly how it attained its spot within the gamut of streaming services originally.

But what'll we miss most if it fades away? Or the real question: How could a viable substitute tackle the gap that is likely to be left in the streaming realm?

SoundCloud changed how we stream music online back in 2007.

The streaming giant has developed into and regarded among the most respected and recognizable brands on the net and has also catapulted the countless labels and musicians into thriving careers.

Fanburst is on exactly the same trajectory.

You will no doubt find a plethora of competitors to SoundCloud, like Toneden, Artist Union, Audiomack, YouTube, and Mixcloud, among others.

Each of the above-mentioned platforms is forging its way becoming a seamless streaming service which pairs flawlessly with its follow-to-download gateways.

All of the platforms have usage limitations like the greatest number of hours that are uploadable, file size uploads, buffering rate, and file types.

Fanburst does away with these limits and puts the emphasis on a seamless user interface while keeping things plain and very simple on the front end (and the back end too).

As opposed to SoundCloud, Fanburst gets rid of the frustrating minute upload caps. When you create an account, you are immediately granted access to limitless uploads.

Fanburst makes it amazingly easy to sign on and start uploading. For a label, particularly one on the budget, these aspects are really appealing.

Fanburst has seemed to perfect the humanization approach to its platform also. Like many of its competitors, Fanburst enables fans to repost songs to their own profile.

The primary difference is that you are given the chance to include pictures and/or text on the repost.

They concentrate on sharing the music they like and including an image that conveys the track's vibe. This function provides for a personable method, much like Tumblr.

Similar to SoundCloud, Spotify has transformed the music industry by shifting the focus to streaming music at an even greater altitude by having music discovery be extraordinarily simple.

They’ve constantly lead the way, by crafting curated playlists depending on the user's listening practices.

You will find a couple of emerging technologies for musicians, and typically include something current, simple to work out, and also streamlined.

Infinite uploads, interesting repost options with pictures and text, easy-to-use user interface on both ends, and extremely successful music discovery tools ensure Fanburst is a service that truly stands out amongst its competitors.

If you are a label or perhaps a musician who is searching for an easy music sharing and discovery platform, then Fanburst is perfect for you.

Fanburst definitely thinks it is able to fill up this gap. As you can see, their methodology is targeted towards artists and their fans with a supreme goal of becoming a far more artist-friendly platform among its rivals.

This also means ensuring that the platform is free for those artists and content creators too, expanding monetization tools for said creators, and forging a platform where everything is optimized for connecting artists and fans.

It should be obvious, but artists just want to share their creations and make much more of it; in turn, fans can consume more of it and digest it.

Providing comprehensive data and analytics on site users isn’t a universal standard, even though it should be. Owning and knowing data about your audience will be great for developing an independent artist, particularly when combined with monetization tools.

Fanburst states they feel the resources of a streaming service must assist leverage commerce channels available that are present for an artist – merchandise, electronic goods, and concert tickets. By allowing thess, fans are satisfied that there are concrete means of supporting the acts they love.

Fanburst intends to keep a genre-neutral approach. But, like most web platforms, whatever genres are most culturally relevant are what will probably take over.

Naturally, this also depends upon what artists individual fans curate and take time to listen to – very much like Youtube or Soundcloud.

The crucial thing with Fanburst, nonetheless, is the service is much more much like a SoundCloud because it focuses entirely on music, instead of covering different mediums like podcasts or random video content. For the time being, it appears to handle all genres, which includes a wide breadth of music in the electronic genre.

This is a phenomenon that occurs on each brand-new platform. It happened with Twitter and the first people to appear on the site, the YouTube Music channels which started as hobbies for people, SoundCloud rappers that developed a distinct market on the platform, as well as countless DJs & Producers which have been fans since they were the first ones serving up tracks on the site.

You may even take a minute to think about the first Snapchat stars, Vine heroes, and moreover, some of the early Instagram influencers who rose up when choosing to spread their content via a brand-new platform.

This trend has utterly repeated on each new platform: be a beginning adopter associated with a brand-new service and consequently become a ‘big fish’ by doing this and own it completely.

There are plenty of great artists already on Fanburst, including Bonobo, Snails and ODESZA to name just a few.

The previously mentioned notion of first pursuit will be the argument that Fanburst is pushing, too. This includes that the program is a free, sharing platform which allows for limitless uploads for artists, and also provides great fan analytics.

In one sense, you could say it is very reminiscent of Soundcloud, as well as the early days of YouTube. 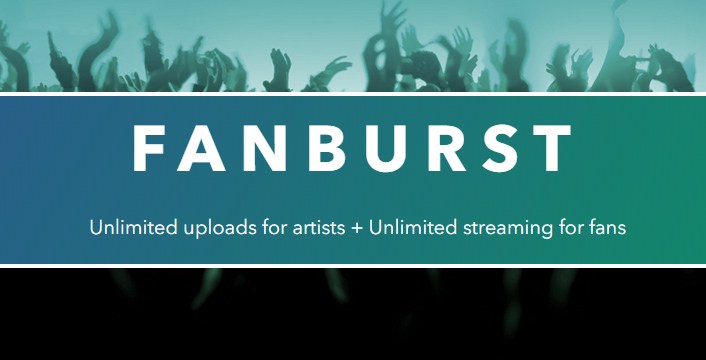 The vision for what can be accomplished in years to come is greater though, as Fanburst seeks to help make sharing music to fans much easier for artists while employing a far simpler approach.

While this is, of course, a huge goal, it is a refreshing one regardless.

Ultimately, what says the most about how big Fanburst could be is exactly how profitable the program has been in such a short time.

Fanburst was only created at the tail-end of 2016, and also with their forward-thinking interest in creators and fans alike, Fanburst appears to be a solid option if a service like Soundcloud really went up in smoke (and even if it didn’t).

Either way, it is a service well worth taking a look at, and also in an era of streaming platform uncertainty, it is definitely one worth familiarizing yourself with.