Distortion Pedals: The Good and the Fuzzy 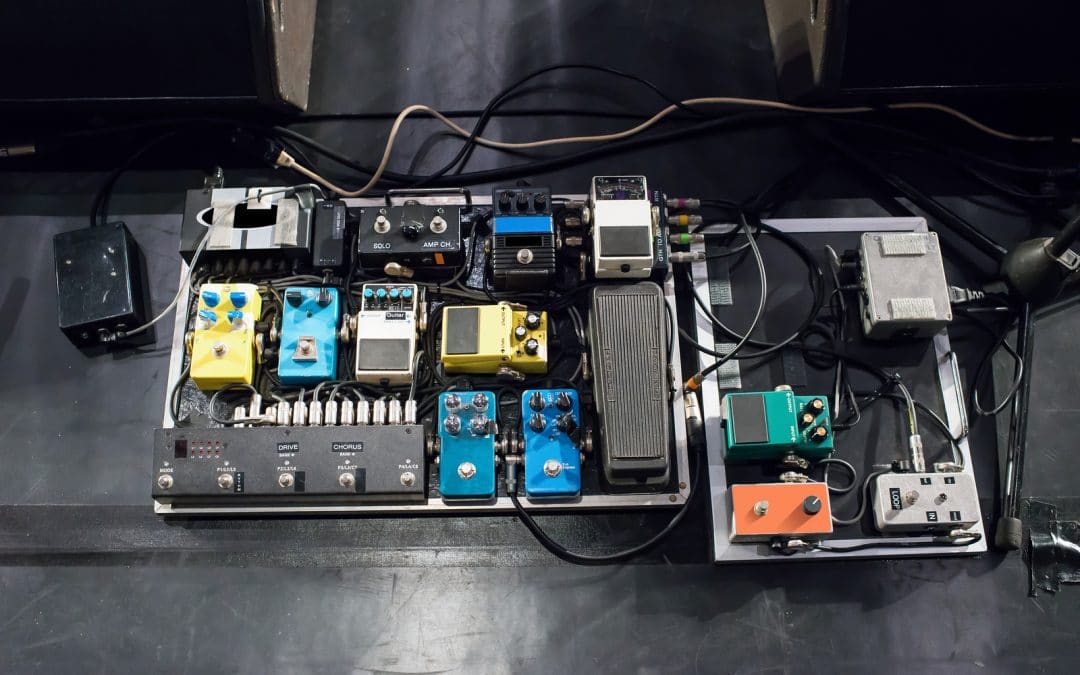 If you’re into any form of rock music, chances are you’re a fan of the gritty sounds of distortion pedals.

If you’re new to the industry, you might be wondering what these distortion pedals are.

Distortion is a form of audio signal processing used to manipulate the sounds of electric musical instruments.

The alteration is done by raising the gain on the instrument. This produces the gritty or fuzzy sounds that you may associate with various forms of rock music.

If you’re a musician yourself, you’re probably familiar with the fact that distortion is used primarily with guitar pedals. However, it can be used on other electric instruments as well such as bass and electric keyboards.

Distortion and the fuzzy sound it produces, can be created by effects pedals, or distortion pedals as well as a list of other digital amplifying tools.

These pedals are made to work from battery voltages and therefore use solid-state transistors.

Distortion pedals serve to amplify an instrument’s signal that is weak in order to produce a high gain sound instead.

They can be used in two distinct ways:

The hard sound that comes from distortion pedals which create the high gain sound, is usually associated with heavy metal, while overdrive pedals carry a lighter distortion, similar to the fuzz you would hear in blues or rock.

Although both very similar and carry the same general idea, they can produce dramatically different moods for the listener.

4 Best Distortion Pedals on the Market

As mentioned earlier, there’s a distinct difference between overdrives and distortion pedals.

If you find yourself talking to a real hard rocker, make sure you don’t mix the two up.

For the musicians looking to find a real distortion pedal that can amplify your sound and give you the grit you want, we’ve narrowed down the best four. 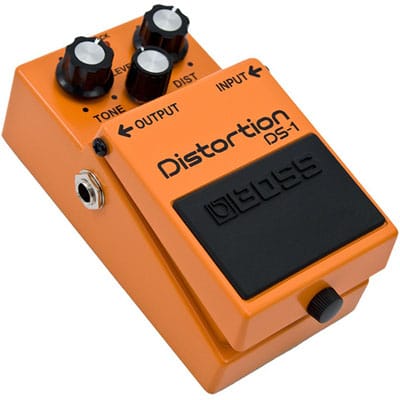 A best of list wouldn’t be complete without a Boss pedal.

Despite the style and rig set-up, the Boss DS-1 is possibly the most popular distortion pedal for guitarists as well as keyboardists.

This pedal as been on the market since 1978 and is extremely affordable.

The Boss DS-1 is contained in the durable Boss stompbox, including tone, level and distortion knobs. These options can allow your guitar to sound clean, distorted or straight-up fuzzed, providing dynamic distortion.

If that hasn’t sold you, the Boss DS-1 has also been used by a list of guitar legends such as Jimmy Page, Kurt Cobain and Eddie Van Halen. Classic, affordable and legendary. 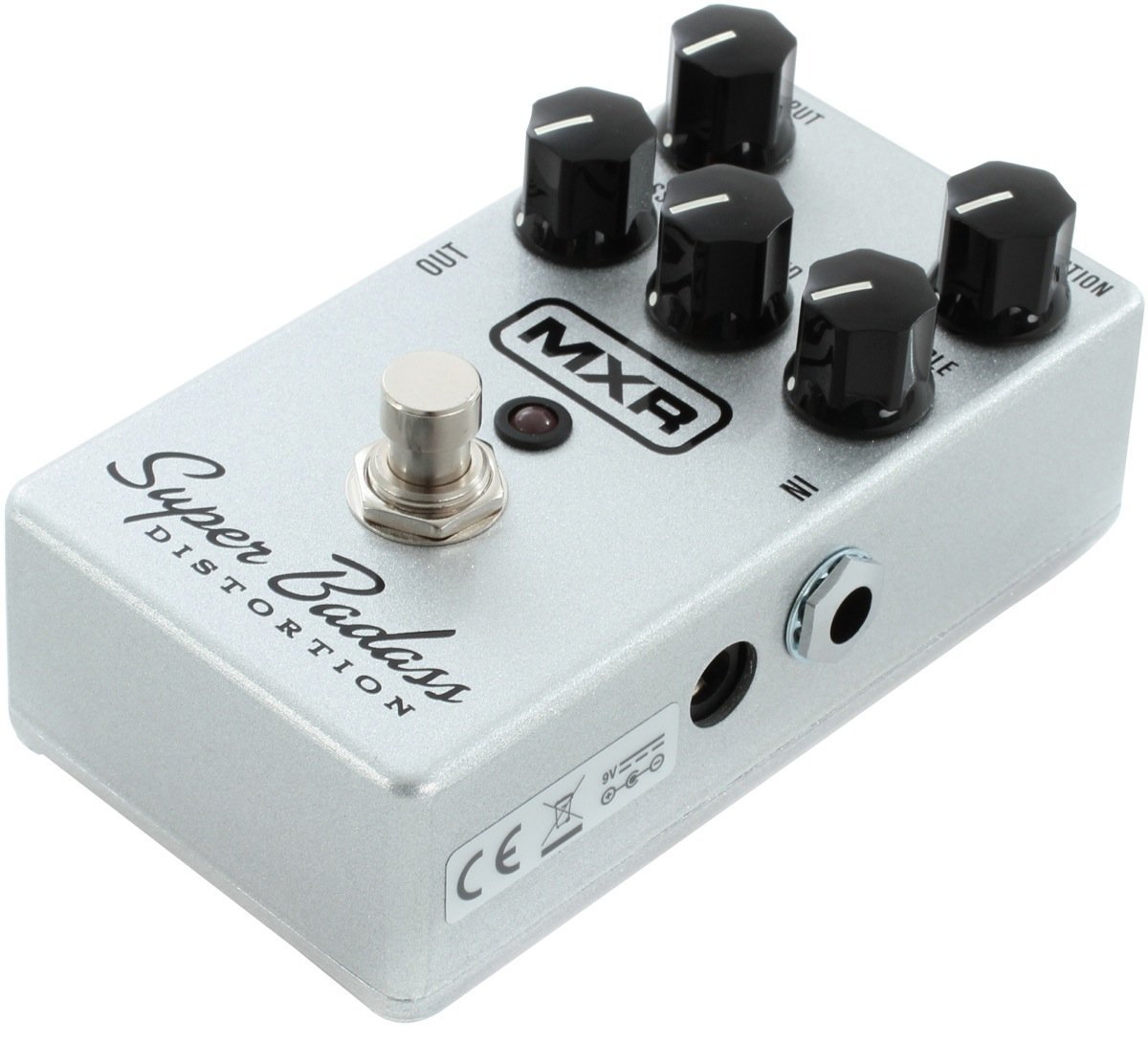 From the low gain early 70’s grit to the modern hard metal distortion, this Super Badass Distortion pedal is well… what its name claims it to be.

The MXR M75 Super Badass Distortion includes bass, mid and treble knobs on the control front to fine-tune your sound. 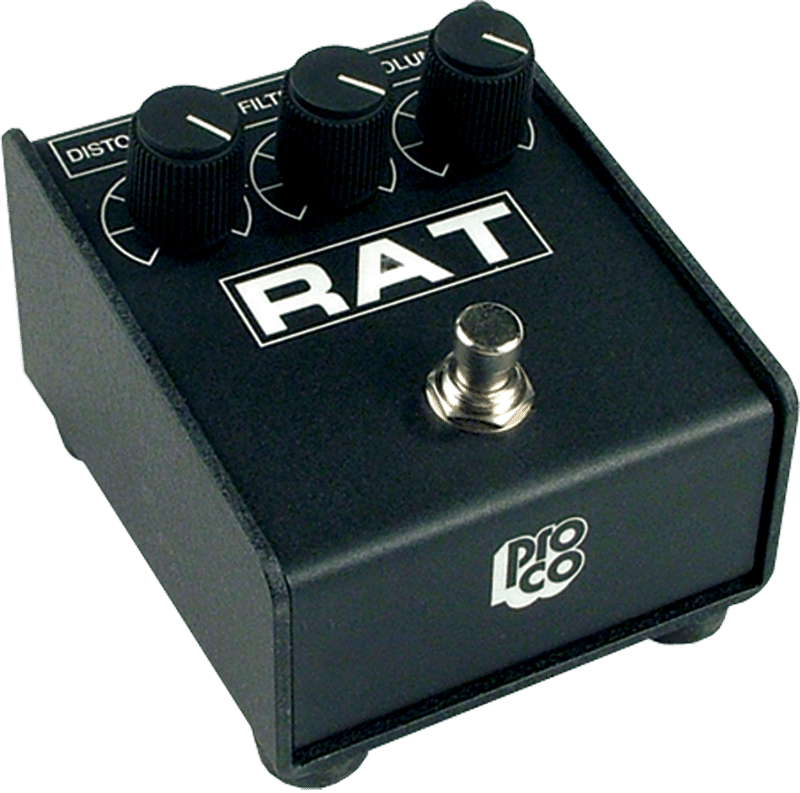 This distortion pedal is highly popular for guitarists and bassists.

It became widely known in 1988 and since then has been used by a number of legendary players such as Kurt Cobain and John Scofield.

The ProCo RAT 2 is highly versatile and can handle any level of dirty sound you’re after. Despite its abilities, this pedal is surprisingly equipped with only with three knobs: distortion, filter and volume — keeping it simple yet mighty.

Although it has the ability to create a full, fat tone, the filter setting allows for the clarity of the instrument to shine though.

This filter knob also can increase treble and cut bass simultaneously. It allows for a balanced tone that sounds and works like high-quality. No wonder it’s been used in a number of well-known studios throughout the years! 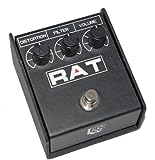 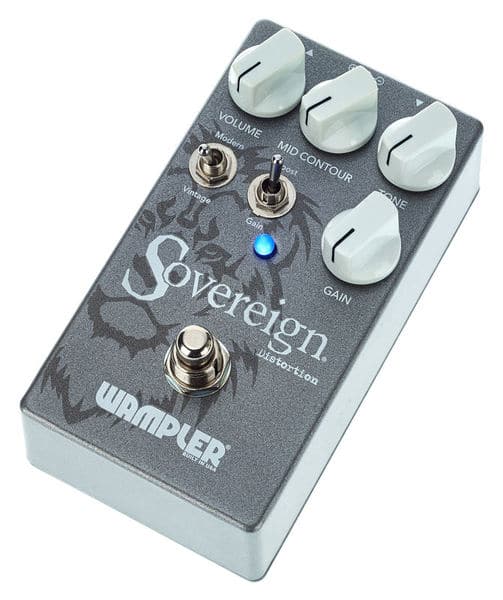 The control board on this pedal allows you to produce any sound you want from modern distortion to classic grit sounds.

This high-quality control board includes: two gain stages, a bright switch and tone control, as well as a mid contour.

It also comes with a boost switch to give you that extra bit of volume you’re looking for. With an adjustable EQ, you can virtually create your own distortion sound.

Wampler for the win 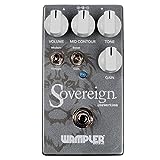 The Best Distortion Pedals at a Glance

So whether you have a guitar, keyboard, bass or an amp, if you’re looking to dirty up your sound a bit, a high-quality, well-balanced distortion pedal will do the trick.

Not only is this list of pedals affordable, but they’ll produce the kickass sound you want.